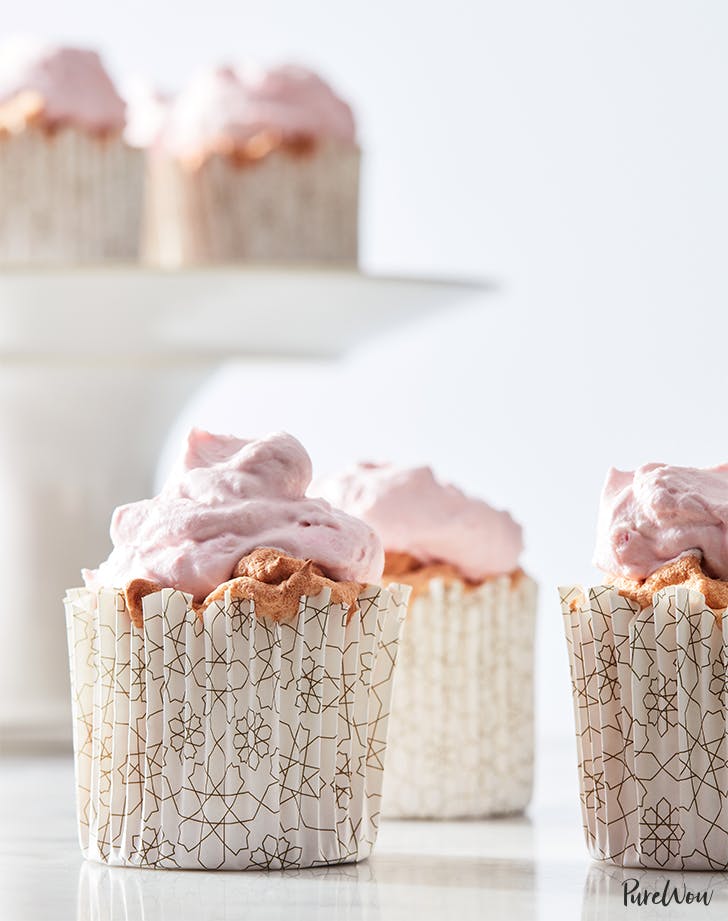 1. MAKE THE CUPCAKES: Preheat the oven to 350°F. Line a 12-cup cupcake tin with paper liners. Do not grease the pan or the papers.

2. In the bowl of an electric mixer fitted with the whip attachment, whip the egg whites and cream of tartar on medium speed until frothy.

3. Begin to add the sugar gradually in a slow, steady stream. Add the salt and vanilla, then increase the speed to high and continue to whip the mixture to stiff peaks, about 5 minutes. (It should look white and shiny, not grainy.)

4. Using a silicone spatula, gently fold the cake flour into the egg whites by hand, adding a little at a time and folding until combined before adding the next addition.

5. Divide the batter evenly among the prepared liners, then transfer the tin to the oven. Bake the cupcakes until the tops spring back when touched, 18 to 20 minutes. Allow them to cool completely in the pan.

6. MAKE THE FROSTING: In the bowl of a food processor, pulse the strawberries and confectioners’ sugar until they form a fine powder.

7. In the bowl of an electric mixer fitted with the whip attachment, whip the heavy cream and vanilla extract to medium peaks. Add the strawberry-sugar mixture to the cream and whip until incorporated. Spoon the whipped cream onto the cooled cupcakes.