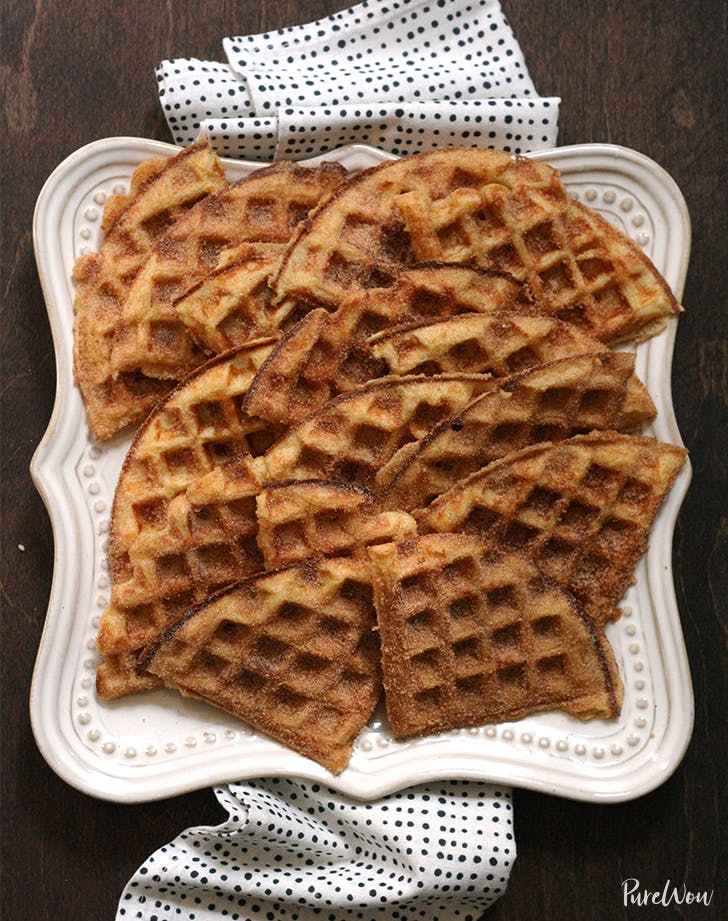 1. MAKE THE WAFFLES: In a small bowl, sprinkle the yeast over the warm water. Let sit for 5 minutes.

2. In a medium bowl, whisk the milk with the melted butter, eggs and vanilla to combine. Gradually mix in the yeast mixture.

3. In a large bowl, whisk the flour with the sugar, salt and cinnamon to combine. Add the milk mixture to the dry ingredients and whisk until smooth. Cover the bowl and refrigerate overnight.

4. Preheat the waffle iron, and preheat the oven to 200°. Lightly spray the plates of the iron with nonstick cooking spray, ladle batter into the waffle iron and cook according to the manufacturer’s instructions. When the waffle is done, remove it with tongs and place it on a baking sheet.

5. MAKE THE CINNAMON SUGAR: In a large, shallow bowl, mix the sugar with the cinnamon to combine. Toss the hot waffles in the cinnamon sugar, then return to the baking sheet. Keep the waffles warm in the preheated oven while you cook the rest of the batter.